Released in 2017 by the British Standards Institution, PAS 170 is a standard for testing bollards designed to protect against the threat posed by criminality and accidental impacts.

PAS 170 is aimed at providing a quick and inexpensive way of testing bollards with low-velocity impacts from a 2,500kg trolley. PAS 170 does not cover the testing of blockers, planters or street furniture.

As one of the organisations that helped develop PAS 170, we’ve put together this guide to help give you a better understanding of this standard. You may already be aware of the other major impact test standards, but if not, we highly recommend reading our guides on PAS 68 and IWA 14-1.

Inside this guide you will get an explanation of PAS 170, the development of the standard and a breakdown of a PAS 170 rating, explaining each section so that you can easily interpret it yourself.

Before we get stuck into how the bollards are tested, you may be wondering what all these acronyms mean? BSI as you might have guessed stands for the British Standards Institution, which is the official standards body of the UK, and is integral in the development of new specifications.

While PAS is a Publicly Available Specification, which is a fast-tracked standardization document. If you’re familiar with our products or the vehicle security barriers (VSB) industry you probably already know what a PAS is from PAS 68 – the standard for testing counter-terror barriers and bollards.

The objective of PAS 170 is not to replace the existing full-scale vehicle impact test standards (PAS 68, IWA 14 & ASTM), but instead provide sites such as car parks, schools and retail outlets with a certain level of impact tested security. These are sites where there may be a vehicle threat from criminals or accidental impacts in low-speed passenger vehicles. A successful PAS 170 test may encourage a manufacturer to then progress to a full-scale impact test using one of the standards mentioned above.

Making sense of the PAS 170 rating

When looking at a PAS 170 rated product you may have seen something like this IT/2500/32/90:1.8. You must be wondering what this string of letters, numbers and symbols mean? Well, this is the PAS 170 rating.

To help give you a better understanding of the rating we will be going through each section to explain what they mean. If you’re familiar with the IWA 14 or PAS 68 ratings, you may have some idea, but there are some distinct differences. With this guide, you will be able to easily read any PAS 170 rating.

We will begin by looking at the test method. For this, we will be using our Stopper 20 Bollard as an example as it has been fully certified to BSI PAS 170-1. 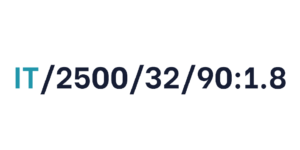 The first section of the rating details outlines the method used for the test. For PAS 170, an ‘Impact Trolley’ (IT) is utilised within the test to impact on the article being tested. This is the only type of test method used. This differs from IWA 14 and PAS 68 which use vehicle impact tests along with some other methods.

You may be wondering how the impact trolley is used during the test. When testing for PAS 170, the impact trolley is attached to a winch or another form of propulsion which can guide and accelerate the trolley into the bollard. To record these results, cameras and references markers are set up around the test site.

Below is a diagram showing the trolley in its pre-impact condition along with where the datum lines can be found on the trolley and the bollard. 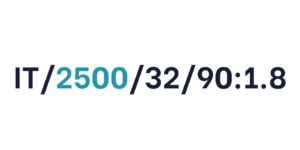 Next, we have the mass of the impact trolley which is measured in kilograms. For PAS 170 this will always be 2,500kg. 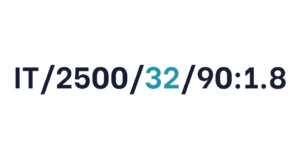 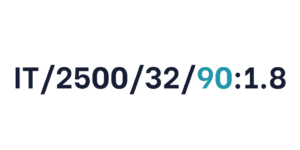 Next up you have the angle of the impact, which is agreed before the test. In the case of the Stopper 20, it was tested at a 90° to the test item datum line. For PAS 170 the angle for the test can be either 90° or the angle that is most likely to cause failure up to 45° in 5° increments. Once the test has been conducted the angle of impact recorded needs to be within +2° of the agreed-upon angle. 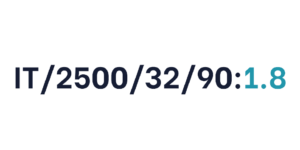 Finally, we have the penetration distance. This measures how far the impact trolley’s datum penetrated beyond the product’s datum line. This is illustrated in the diagram below. Looking at the Stopper 20, it had a penetration distance of 1.8m. If the trolley’s datum doesn’t travel beyond the bollard’s datum line then it records a penetration of 0.0m. However, if the trolley penetrates a distance greater than 2.0m then no performance rating is issued.

And there you have it! Now you will be able to easily read the performance rating for any PAS 170 bollard you come across. Why not take a look at our Stopper 10 and try and read the rating for yourself?

How does PAS 170 differ from other standards?

As mentioned previously, the major difference between PAS 170 and the other major impact test standards – PAS 68, IWA 14-1 & ASTM is that it doesn’t utilise full-scale vehicle tests. This is mainly due to PAS 170 being geared towards offering a quick and inexpensive way of testing bollards to protect against criminality and accidental impacts rather than vehicle-borne improvised explosive devices (VBIED) or vehicle as a weapon attacks (VAAW) like the other standards.

PAS 170 also differs from PAS 68, in that it doesn’t measure debris dispersion distance. This information was included in PAS 68 to allow engineers to visualise the test, however, this has since been removed from the newer IWA 14-1 and PAS 170 standards. 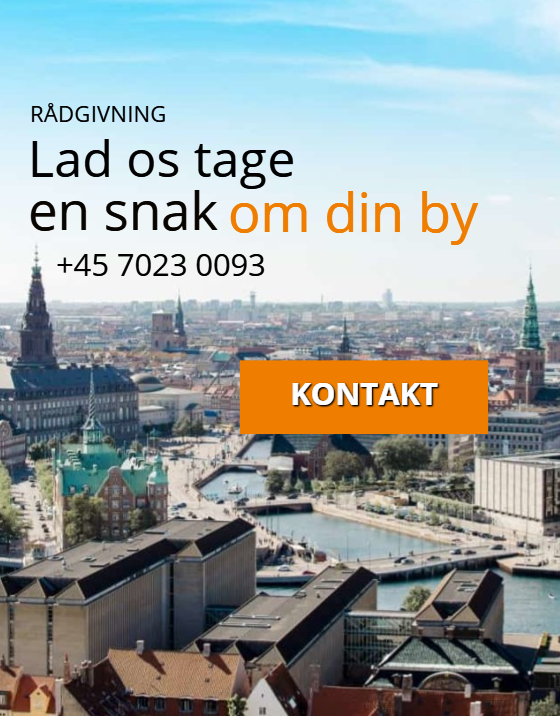